Just in time for the long holiday weekend, let’s have a look at the movies that may populate your Memorial Day Movie Marathon! And no, Ed Wood is NOT the world’s worst director, unless you’ve conveniently forgotten Al Adamson, Ulli Lommel, Coleman Francis, Neil Breen, and Larry Buchanan. 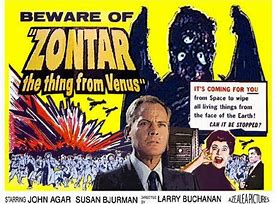 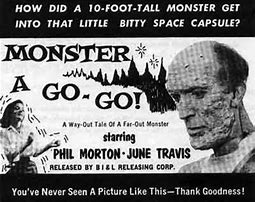 via Ed Wood: Not Actually The Worst Director in History | Den of Geek

How did Ed Wood get the title of “World’s Worst Director?”  (Then again, we’d also have to ask how William “One Shot” Beaudine was at least the runner-up, even though he was once a highly regarded director.) Of course, we can put most of the blame on the doorstep of the Medveds, who deemed Ed “the worst” with their Golden Turkey tome. I can only imagine that they hadn’t seen very many movies from the period they were in, because NONE of the Dolomite movies made the cut, but Trouble Man did?! Why not just throw Super Fly and Shaft in there too, since we’re complaining about blaxploitation films with kick-ass soundtracks…

Anyhoo, where was I going with this? Oh, that Ed Wood wasn’t the world’s worst director–far from it. I can name at least THREE worse directors off the top of my head: Bill Rebane/Herschell Gordon Lewis (Monster-A-Go-Go/Terror at Half Day); Larry Buchanan (Zontar: The Thing From Venus); Coleman Francis (all three of his films); Doris Wishman (Double Agent 73, Let Me Die a Woman); Ted V. Mikels (The Girl in Gold Boots, The Doll Squad)…the list is literally endless!

Anyhoo, take a look around the site and enjoy the Den of Geek!