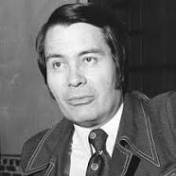 I can tell you where I was–getting ready to celebrate my 3rd birthday.  I mention this because I don’t remember this AT ALL.  Normally, you wouldn’t expect a three year old to remember such an event, but I remember Bob Crane’s murder, and that was months earlier!  So, I can’t explain the reason I wasn’t at least somewhat familiar with the tragedy.

Here’s the info for you youngsters who were born after 1978:

Born on May 13, 1931, in Crete (near Lynn), Indiana, Jim Jones was a notorious cult leader. As the self-proclaimed messiah of the Peoples Temple religious cult, Jones promised his followers utopia if they followed him. On November 18, 1978, in what became known as the Jonestown Massacre, Jones led more than 900 men, women and children to their deaths in a mass suicide via cyanide-laced punch (spawning the metaphor “Don’t Drink the Kool-Aid”).

Cult Leader James Warren “Jim” Jones was born on May 13, 1931, in Crete, Indiana, and was responsible for the deaths of roughly 900 of his followers in 1978, in what became known as the Jonestown Massacre. He was the son of James Thurman Jones, a disabled World War I veteran, and Lynetta (Putnam) Jones, who worked a variety of jobs. Jones was largely left to himself as his mother was often working and his father had little interest in him.

For years, one of his neighbors often took him to visit her church. Jones began his own religious quest around the age of 10. He visited churches in the small town of Lynn where he lived with his family and befriended a Pentecostal minister for a time. An observant child, Jones began taking what he learned at these different houses of worship and started preaching to other children in the community. He was a strong student, especially in public speaking, but he had few friends. His overpowering religious zest turned off some, and he, in turn, disliked many typical teenage boy activities, such as sports, and objected what he believed to be sinful behavior, such as dancing or drinking.

After his parents split up, Jones and his mother moved to Richmond, Indiana. There he had a chance to reinvent himself. He worked at a hospital as an orderly where he met Marceline Baldwin, an older nursing student. After graduating early from high school in December 1948, Jones started at Indiana University the following January. He married Marceline after his first term on June 12, 1949. The couple eventually adopted several children.

After years of struggling to find his way, Jones announced that he was entering the ministry in 1952. He got a job as a student pastor at the Somerset Methodist Church in a poor, predominantly white neighborhood in Indianapolis. By the following year, Jones was making a reputation for himself in the state as a healer and evangelist. He was interested in holding racially integrated services, but this interest was not shared by his church. Soon Jones branched out on his own, forming the Wings of Deliverance church in 1955. The church soon became known as the Peoples Temple. To help build his following, he bought time on a local AM radio station to air his sermons.

In the mid-1960s, Jones moved his religious group to Northern California. More than 100 church members accompanied Jones to California. They lived in the remote, small towns of Ukiah and Redwood Valley. By the early 1970s, Jones had expanded his recruitment efforts. He started preaching in San Francisco, opening up a branch of his church there.

With his trademark dark glasses, suits and slicked-back black hair, Jones was an impressive figure at the pulpit. His fiery rhetoric and remarkable “healings” continued to draw new members into the fold. Not only did they fall for his talk of a better life, many surrendered what they had to Jones. What they thought was for the common good actually ended up in Jones’s pocket.

As part of his teachings, Jones discouraged sex and romantic relationships. He, on the other hand, had several adulterous relationships, including one with a church administrator, Carolyn Layton, with whom he had a son. Jones also claimed to be the father of Grace Stoen’s son John Victor. Jones also sought to disrupt familial bonds, positioning himself as the “father of all.”

In 1974, Jones bought land in Guyana to develop into a new home for himself and his followers. He had become increasingly paranoid and disturbed by this time and soon moved to the Peoples Temple compound there with about 1,000 people. The compound was known as Jonestown, and it wasn’t any tropical paradise. Jones ran the site like a prison camp. His followers received little food and weren’t allowed to leave. Armed guards stood at the compound’s perimeter. Jones often preached over the loudspeaker system at Jonestown. Fearful of a plot against him, he started conducting suicide drills. His followers were woken up in the middle of the night. They would receive a cup with a red liquid that they were told contained poison, which they were ordered to drink. After 45 minutes or so, the members were told that they were not going to die, that they had just passed a loyalty test.

In September 1977, Jones threatened mass suicide to force the Guyanese government from taking action against him. Former Peoples Temple member Grace Stoen had been asking the government to help her regain custody of her son John Victor. Another ex-member of the group, Deborah Layton Blakely, had been speaking publicly against Jones as well. Finally, in November 1978, Leo J. Ryan, a congressman from California, decided to investigate Jonestown for himself.

On November 18, 1978, Ryan toured Jonestown with a television crew in tow. He invited anyone who wanted to leave the compound to come with him, but his rescue operation did not go as planned. That afternoon, Ryan, some leaving Peoples Temple members, and the rest of visitors were driven to an airstrip in Port Kaituma. There they were attacked by Peoples Temple gunmen sent by Jones.

Meanwhile back at Jonestown, Jones launched what he called his “revolutionary suicide” campaign.

Cyanide and Valium were mixed into a batch of powdered drink mix to make a toxic punch, and cups of this lethal beverage were distributed to the members. The first to die were the children and those who refused to drink were forced to by armed guards. In all, more than 900 people died at Jonestown—276 of them were children.

Jones, on the other hand, chose a different way out. Surrounded by his inner circle, he either shot himself or was shot in the head. He was later found on the floor of the Jonestown pavilion, the camp’s main gathering area, with his wife Marceline, nurse Annie Moore, and other top group members.